IODINE IS A MINERAL found naturally in soil and water and can be found in many foods such as fish, milk, and cheese. Most table salt is fortified with additional iodine—called iodized salts—but sea salt and most artisan salts like Pink Himalayan salts do not contain added iodine.

Iodine deficiency can cause a cascade of negative health effects related to thyroid dysfunction and is a serious health issue of an international scale. Below you’ll find out how much iodine you’re supposed to get every day, if you’re getting it and, if not, easy ways to get more.

Iodine is essential for healthy thyroid function—too little or too much can make things go haywire. It’s essential to fetal brain development as well as early childhood, can help reduce the effects of radiation poisoning (keep some in your fallout shelter), and may help treat some types of breast cancer. That may sound like a bit of a mixed bag—thyroid support is the headline.

Having too little iodine can cause a condition known as hypothyroidism. This condition is characterized by an under-active thyroid gland and may present with the following symptoms:

Much rarer are cases of too much iodine, but still a valid concern. Chronically high levels of iodine—maybe from over-supplementation, over-use of sterilizing agents, etc.—may cause hyperthyroidism. This is when the thyroid gland is overactive and can be characterized by the following symptoms:

Notice that all these symptoms sound pretty severe? Imagine being too sensitive to the cold to go outside, too fatigued to get out of bed, and having such violent diarrhea that you are losing weight uncontrollably. This is the nightmare those suffering from conditions of thyroid dysfunction face every day. Such cases really hammer home how critical it is to ensure you’re getting enough iodine. 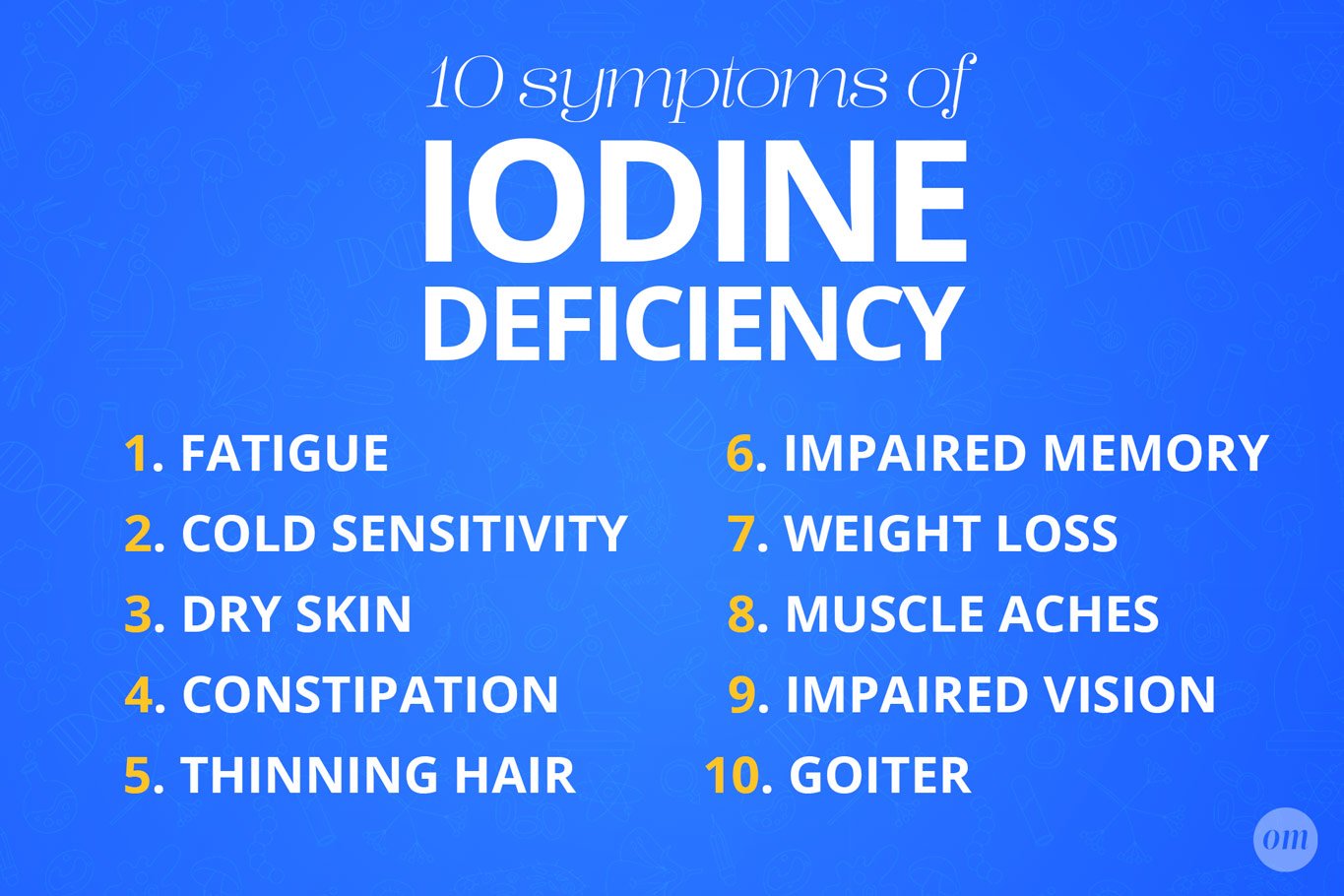 Iodine deficiency is regarded as being a serious threat to human health on an international level. Its prevalence is thought to be partially fueled by topsoil nutrient depletion which results in foods containing lower-than-adequate levels of iodine.

Soil concentrations of Iodine result, largely, from the evaporation of ocean water into the atmosphere. After floating around in the clouds for a while it gets rained down onto the Earth where it soaks into the soil. As you might have guessed; coastal regions have higher-than-average levels of topsoil iodine (R).

Iodine is responsible for regulating thyroid hormones and causes a cascade of negative consequences when less-than-adequate amounts are present. Iodine is especially important for infants and developing children—including those buns still in the oven—because it helps support healthy brain development (R).

Mothers with low iodine levels are at much higher risk of miscarriage or having their children die shortly after birth. Research suggests the 14-18 week mark of pregnancy is when a developing fetus is most susceptible to low iodine levels (R). 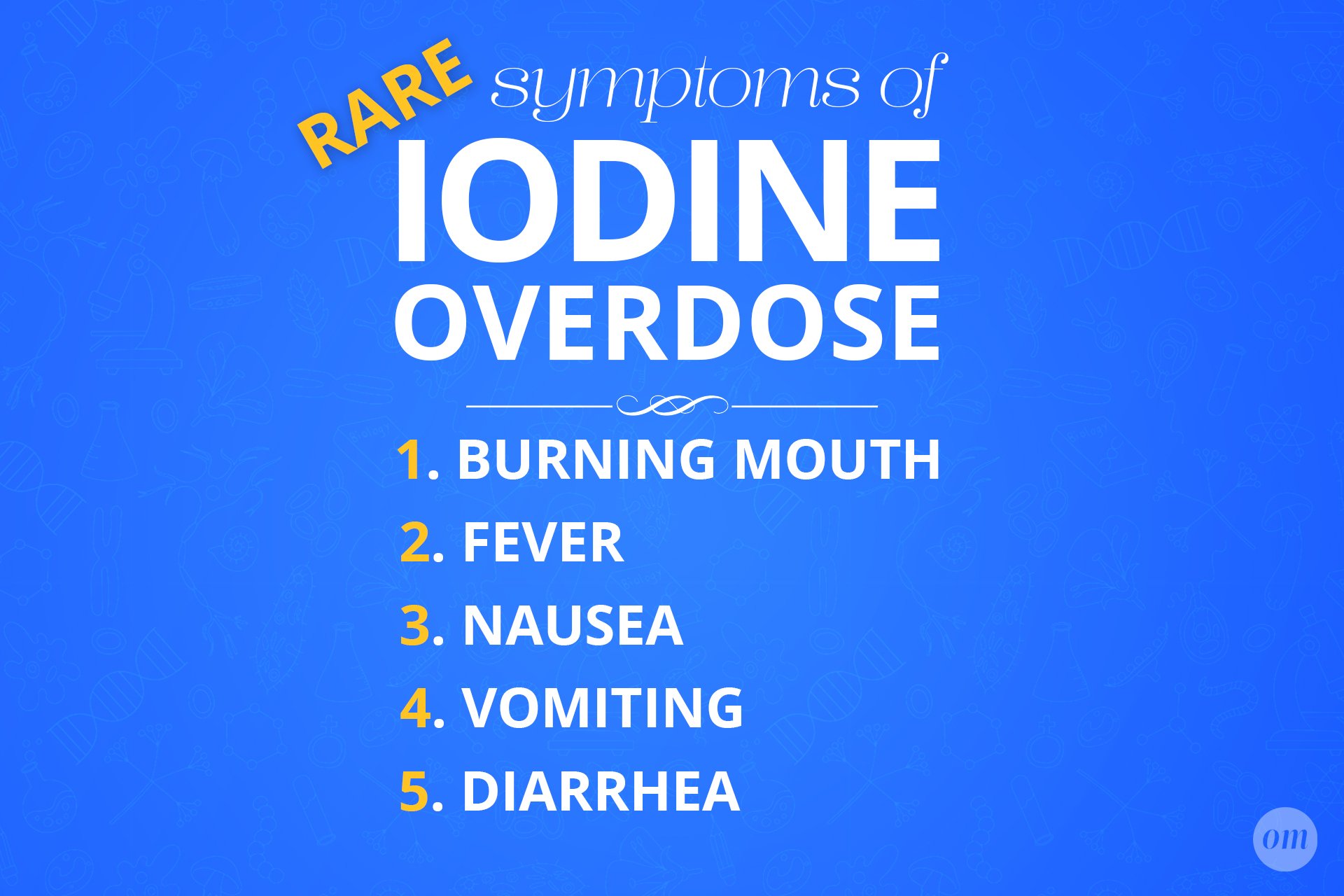 Before you start popping iodine pills like Skittles or bathing in Lugol’s solution (definitely don’t do that) it’s important to recognize the risk of too much iodine. Some nutrients and minerals—magnesium or Vitamin C, for example—can be taken in great excess. Iodine is not one of these and you should take extra care not to overdo it when taking an iodine supplement or applying topical solutions.

Some limited research (related to iodine’s use as water purifier) suggests the most iodine any person should take in a single day is 2 mg (R). More established science suggests the tolerable upper-intake level (UL) as 1.1 mg (R). Exceeding this amount of iodine on a daily basis would definitely put one at risk for chronic iodine overdose.

Symptoms of iodine overdose may actually cause several symptoms similar to those of iodine deficiency. Likewise, symptoms of chronic exposure to higher-than-recommended iodine levels might disrupt the thyroid gland causing symptoms of either hyperthyroidism or hypothyroidism.

In cases of acute iodine poisoning (rare, but possible) these symptoms may also be experienced: 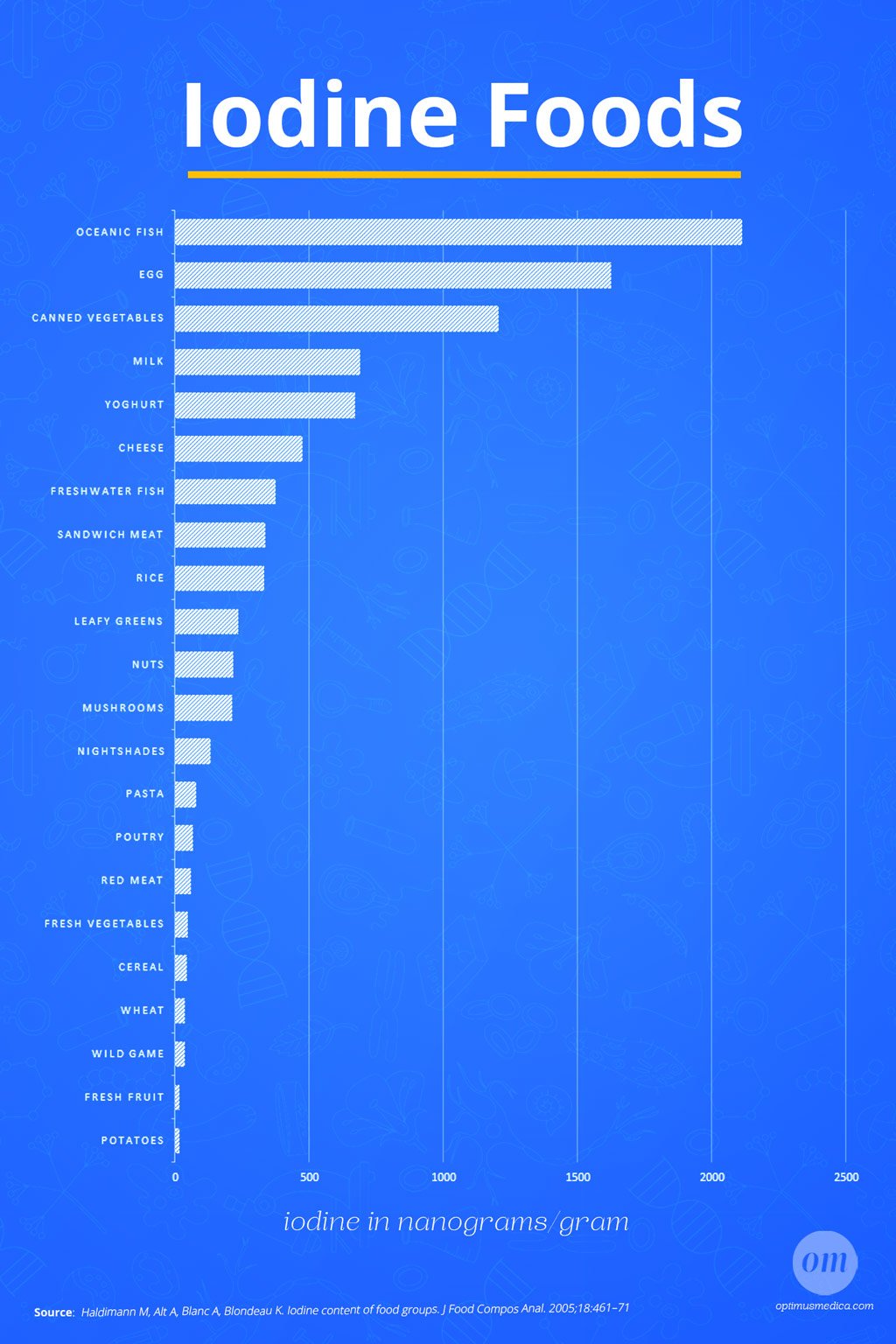 Iodine is found in relatively low amounts in most vegetables but, oddly enough, canned vegetables have been found to have much higher levels (R). This is likely due to iodized salt added during the canning process. For a relative comparison, a single boiled egg contains around 19.5 mcg of iodine which is about 13% of the recommended daily allowance (RDA) (R).

The following foods are considered to be the highest sources of iodine, relatively speaking.

Iodine doesn’t get nearly the attention as fish oil, Vitamin C, or B12 but should be regarded as essential to human health. Iodine deficiency is still a serious problem around the world and can cause a cascade of unfavorable effects on health and general good times. Iodized table salt was heralded as the cure-all for iodine-deficiency related diseases like goiters.

Modern affinity towards sea salt and unprocessed salts may likely put more at risk of iodine related issues. Ask your doctor to test you or do an at-home iodine test to get an idea of your risk status for iodine deficiency. Keeping your levels flush may be as simple as eating a few boiled eggs each week or, for all you Vegan and Vegetarians out there, a few extra baked potatoes.

If you’re considering taking an iodine supplement, I recommend checking this list of trusted supplement brands. Buying from trusted manufacturers helps ensure you get the purity and potency you expect.